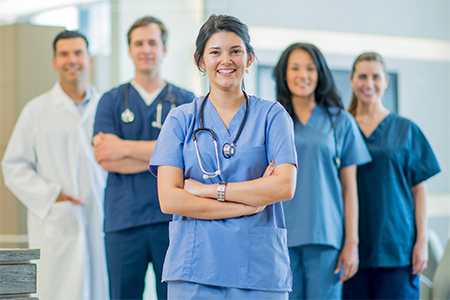 GLENDALE, Calif.—More than three hundred nursing students in San Diego are breathing easier after learning they will be able to transfer to Glendale Career College (GCC) to complete their nursing programs, following the closure of their previous school, Brightwood College. Several weeks ago these student faced an uncertain future after Brightwood’s parent company, Education Corporation of America, announced it was shutting down its schools nationwide—citing its loss of accreditation and ongoing financial challenges.

Upon learning of Brightwood’s closure, Glendale Career College assembled a team to explore whether these students might be able to join GCC’s Registered Nursing and Vocational Nursing programs to continue their educational journey.

Following a specially convened session of the California Board of Registered Nursing on January 10, Glendale Career College received conditional approval to teach-out the remainder of Brightwood College’s Associate Degree in Nursing program in San Diego for the 180 students enrolled in that program at the time of the shutdown.

“More than 100 former Brightwood students were in attendance at the January 10 Board of Registered Nursing meeting to show their support of Glendale Career College teaching out the remainder of their studies,” explained Beylor Meza, GCC’s Chief Operating Officer. “When they heard we had received conditional approval for them to transfer to GCC, they let out a loud roar, cheering and clapping with joy over the news.”

On January 18, the California Board of Vocational Nursing and Psychiatric Technicians (BVNPT) met and gave their conditional approval for Glendale Career College to teach-out former students of the Brightwood College vocational nursing program in San Diego, providing an additional 130 vocational nursing students with an avenue to continue their education through GCC also.

After working with the different state boards and accrediting agencies to obtain approvals to teach-out these programs, GCC is pleased to share that these displaced nursing students will be able to resume their education beginning this coming week.

As part of the teach-out agreement, Glendale Career College, will hire existing Brightwood facultymembers, to create as seamless a transition as possible for these students as they resume classes in the San Diego area. Some students have as many as 70 weeks remaining in their program, while others have as few as 10 weeks left.

“These individuals were on their way to a rewarding career in the nursing field,” Beylor shared. “It’s a privilege to be able to come alongside them and help them finish what they started and realize their dreams of becoming a nurse.”

The Brightwood teach-out marks the second time Glendale Career College has stepped in to help displaced nursing students over the past year—having bridged the gap for more than 40 Shepherd University students in early 2018.

“We are grateful for the way the Board of Registered Nursing (BRN); the Board of Vocational Nursing and Psychiatric Technicians (BVNPT); our institutional accreditor, the Accrediting Bureau of Health Education Schools (ABHES); Brightwood College’s accreditor, the Accrediting Council for Independent Colleges and Schools (ACICS); and the U.S. Department of Education (USDOE) all in some measure came together to provide support for the teach-out of these Brightwood students,” shared GCC President Mitchell Fuerst.

Glendale Career College and its sister school, North-West College have a long history of standing in the gap for students displaced after their school closures. In fact, our Institutions have been the teach-out partner for eight other colleges of various sizes over the past many years. “Decades ago, my mother, Marsha Fuerst, founded North-West College and started stepping in to help students and faculty who had nowhere to go after abrupt shutdowns decades ago,” Mitchell Fuerst explained. “We are proud to be able to continue helping students who find themselves in this unfortunate circumstance—and through these efforts we are now seen by many in the regulatory community as the go-to teach-out organization in California. It’s our pleasure to once again have the chance to stand in that gap for these Brightwood students and faculty.”

For more information about Glendale Career College or the teach-out, visit GlendaleCareer.com or contact Mitchell Fuerst at MitchellF@success.edu.

Founded in 1946, Glendale Career College has trained individuals to work and succeed in a variety of in-demand health care professions for nearly 70 years. Committed to providing quality education, the College offers 11 programs, including diplomas, associate degrees, and certifications. GCC is accredited by the Accrediting Bureau of Health Education Schools (ABHES), the Commission on Accreditation of Allied Health Education Programs (CAAHEP) (Surgical Technology), and approved by the Board of Vocational Nursing and Psychiatric Technicians (BVNPT) (Vocational Nursing). At Glendale Career College, students find a supportive learning environment as they pursue a rewarding health care career.

For more information about Glendale Career College and its programs, visit www.GlendaleCareer.com. 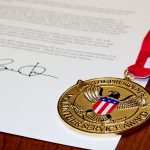