The Founding of
North-West College

Marsha Fuerst founded North-West College (NWC) in 1966. Mrs. Fuerst’s family has been involved in the allied health field since the early 1950s. Today, North-West College continues to be led by Mrs. Fuerst’s son, Mitchell Fuerst. The Fuersts’ passion for career education and their desire to provide high quality, relevant training remains one of the guiding principles of the College. 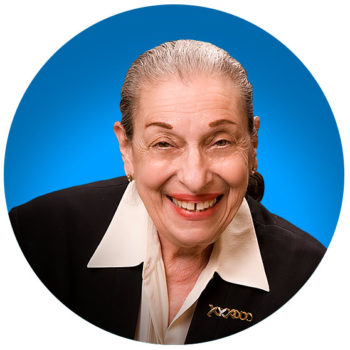 Rendering of West Covina Campus circa 1966

North-West College in West Covina opened its doors on October 10, 1966 with two classes and 43 students—all of whom were women. Combining a women-centric school with a health care curriculum marked a radical shift in education in Southern California at the time.

As North-West College grew and impacted the lives of hundreds of women, Founder Marsha Fuerst’s vision also grew to include all under-privileged individuals. As long as they had the drive to empower themselves through education, students were accepted and instantly became part of the College’s family.

In 1971, just five years after the West Covina Campus opened, North-West College added a campus in the City of Pomona. The Pasadena Campus began serving the West San Gabriel Valley in 1980, with an additional campus in Glendale following in 1982. In 2004, NWC launched the Riverside Campus and offered many programs previously unavailable to North-West students. In January 2014, NWC again expanded to new communities with the addition of campuses in Long Beach and Santa Ana to serve students in Orange County and Coastal Southern California. And students in the heart of the San Fernando Valley were able to better access the College’s programs when its Pasadena campus moved to the heart of Van Nuys in 2017.

North-West College’s numerous locations throughout Southern California make it easier for students to find a campus near them and see their dreams of attending College become a reality. To date, more than five decades after Marsha Fuerst first opened the doors of NWC, the College boasts more than 55,000 graduates—individuals who have used their career training to support themselves and their families while making a positive impact in the health care field. Many have used the training they received as a springboard into successful careers in other fields as well. The College is now training second and third generations of North-West College graduates.

For more than 55 years, the Colleges’ mission has been to educate Students in short-term and professional programs for gainful employment and career advancement. Today, we remain as committed to that goal as ever. To accomplish this, we invest in professional faculty, well-qualified administrators, and top-notch Team Members—all to provide the support our students need. Our facilities are well-equipped with a variety of learning spaces. Students work with Instructors in our classrooms and then put their knowledge into practice in our hands-on lab areas. This blended approach is a hallmark of the Colleges and makes for an exceptional learning environment. We understand that education changes lives, so we continue to look for ways to raise the bar when it comes to the quality of our training programs. At Success Education Colleges, students are accepted on their ability to benefit regardless of race, color, or creed.

Our Team Members and Instructors

At SEC, we choose our Team Members and Instructors using the same non-discriminatory criteria as our students, resulting in a diverse, accomplished staff and faculty with valuable firsthand experience in the health care field. They understand the skills students need to thrive in the World of Work and are committed to equipping students with the right tools and knowledge. Our friendly Team Members also walk with students each step of the way—from Admissions Representatives who answer questions about our programs to Financial Aid Representatives who explain options for covering tuition costs, we provide a supportive educational experience from start to finish.